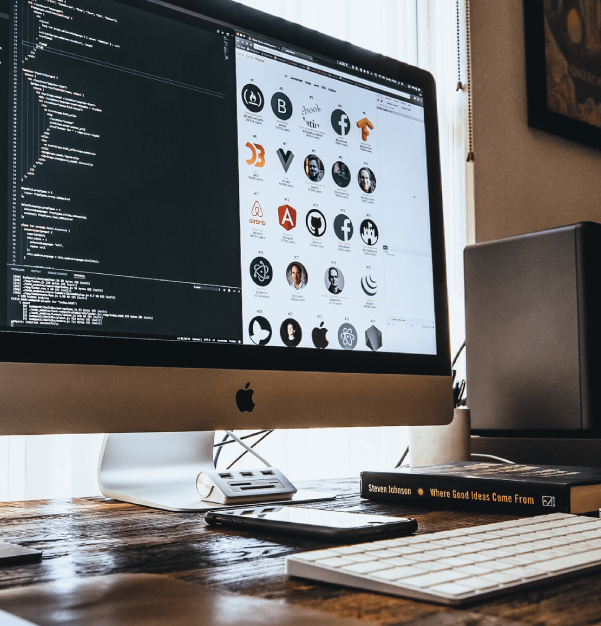 What is the best framework to develop hibrid apps?

The world of hybrid apps is a world that advances very quickly, so it is very important to always be informed of changes and never stop studying new technologies. Today we will analyze and compare the hybrid technologies that we have.

If we analyze the most powerful technologies for the development of hybrid applications, we find:

If you are thinking about developing a hybrid application and you do not know what technology to use, think about the four options that we have just shown you. Ionic and React are the two most powerful frameworks that exist now in the market, but it is not a bad option to start with Framework 7, which allows us to create applications quickly if we already have knowledge of HTML, CSS and JavaScript, or Phonegap.This latest technology gives us the opportunity to use the components of the mobile phone in a simple and fast, both Framework 7 and Phonegap, are easy to learn technology.

If you are one of those who want to go for it and want to start with the tough ones, you may wonder …

What do I choose Ionic or React Native??

As we can see the two frameworks that give us more advantages are Ionic and React Native. Since Ionic and React allow you to create high level applications with a very extensive documentation and a very strong community that makes the two frameworks, day by day, better.Ionic started with great strength and great potential, and at that time without strong competitors, but since the appearance of React Native, the two companies Google (Ionic) and Facebook (React Native) are competing for the first place.

In my opinion, React Native has more potential than Ionic right now. React allows us to create apps much more optimized and with an efficiency that Ionic has not managed to obtain, although it must be taken into account that its learning curve is more pronounced. In contrast, Ionic is quite easy to learn and allows you to start creating mobile applications quickly, but you have the counterpart that applications are not optimized to have a performance that competes with React Native.

SlashMobility and our customers, we care about the efficiency and stability of our apps. Therefore, we have opted for React Native, which allows us to make our applications the most competent in the market.

In short, if you want to start quickly with the development of mobile apps, the best option is to use Ionic for the learning curve that we discussed a moment ago. Even more if you come from the world of the Front-End, since they have a great resemblance. But if you can devote your time to study a framework, I would not hesitate to learn React Native, since it will make your application much faster and more efficient.

Another question that you may be asking is …

Is it enough to know and study the current frameworks to develop hybrid apps?

In large part, yes, but in order to truly dominate mobile apps, you also have to have a great knowledge of the devices in which you are going to deploy your app. This implies know both, Android and IOS and the different models there are. In addition to understanding and knowing how the technologies that exist under the frameworks work, for example Typescript in Ionic, and JSX in React Native.

Finally, and most importantly, it is testing  all the applications that we develop in real devices, since it is where users interact with our creation and that is where everything must go perfect.

Once we know the technologies that we have to use and we know the devices in which we are going to deploy our applications, we just need to say:

Our SlashBoy Marc García, Software Developer, is the author of this post.